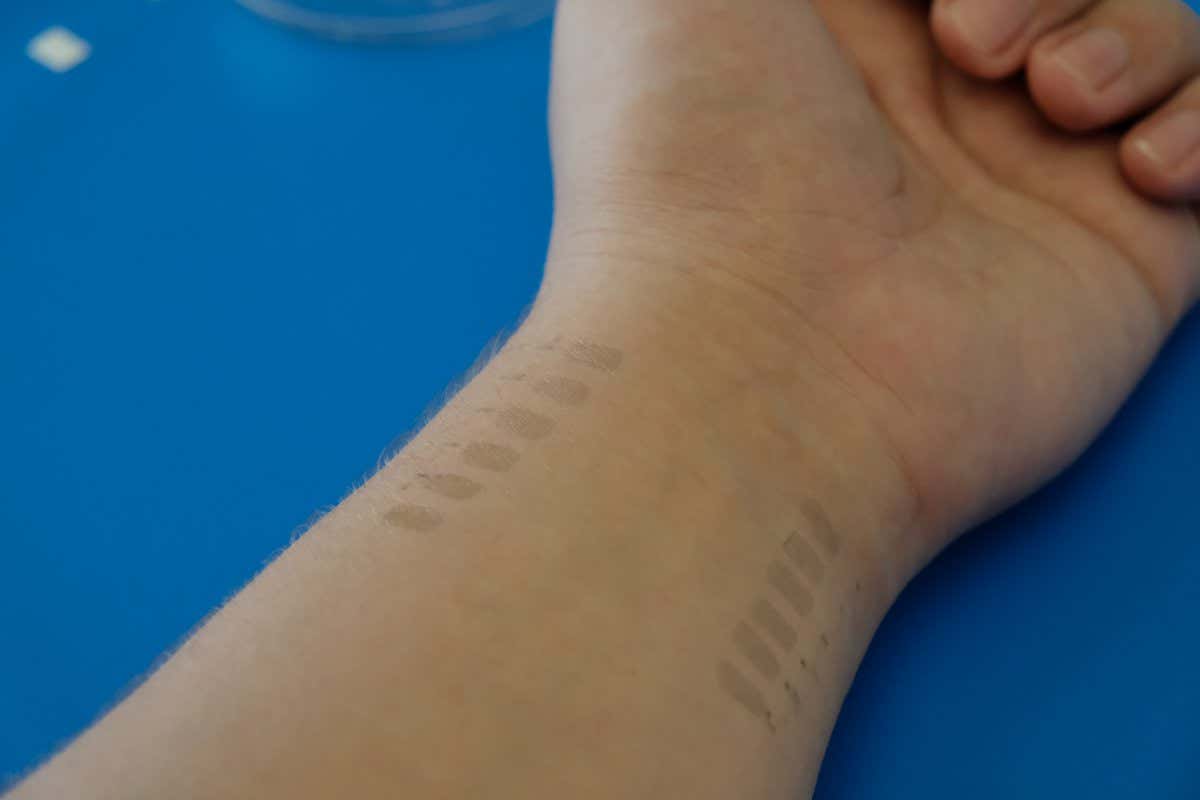 Temporary tattoos made using graphene can continuously monitor blood pressure for days. The approach is very different from standard blood pressure cuffs, which haven’t changed much since they were first invented around a hundred years ago.

“The graphene tattoo is weightless, it is invisible. You put it on and you forget about it,” says Deji Akinwande at the University of Texas at Austin.

Akinwande and his colleagues created the tattoo, which consists of 12 nearly invisible graphene strips placed in two rows along the two main forearm arteries. The outermost strips of each row send small electrical signals deep into the arm. The inner strips can detect alterations in blood flow as voltage changes.

The tattoos can continuously measure blood pressure with “Grade A” accuracy as defined by international standards – the highest possible accuracy level for a medical device.

The team tested the tattoos on six people and found they worked well during hours of desktop work and walking. They even worked when participants performed push-ups or plunged their arms into a bucket of ice-cold water for a minute. The tattoos also worked at night without disturbing anyone’s sleep.

Currently, much of the hardware needed to record and analyse the data from the tattoo has to sit nearby and is connected by a wire. But in the future, the team might explore using wireless connections. Another possibility would be to use contacts between the graphene tattoos and a smartwatch worn on top of them, says Akinwande.

Having a device that can measure blood pressure even when the wearer is on the move or sleeping could prove useful in delivering a more reliable, baseline measurement. “We want to move towards measuring the blood pressure continuously and what I call passively, meaning that you don’t even know when your blood pressure is being measured,” says team member Roozbeh Jafari at Texas A&M University.

By comparison, a standard blood pressure monitor that makes a one-time measurement at the doctor’s office or at home can be inaccurate for many reasons, including factors such as stress or dehydration. Some people even experience temporary spikes in blood pressure when they see a doctor, says Jafari. Standard monitors also usually require people to sit instead of standing or moving around.

Other researchers have been investigating photoplethysmography (PPG) as a light-based method of measuring blood pressure. Popular wearables such as Fitbit devices have been testing this approach, but factors such as skin colour and the layer of fat underneath the skin can throw off PPG measurements.

Having demonstrated the graphene tattoos’ potential with healthy volunteers, the researchers next want to test them in people who have high blood pressure.

More on these topics: