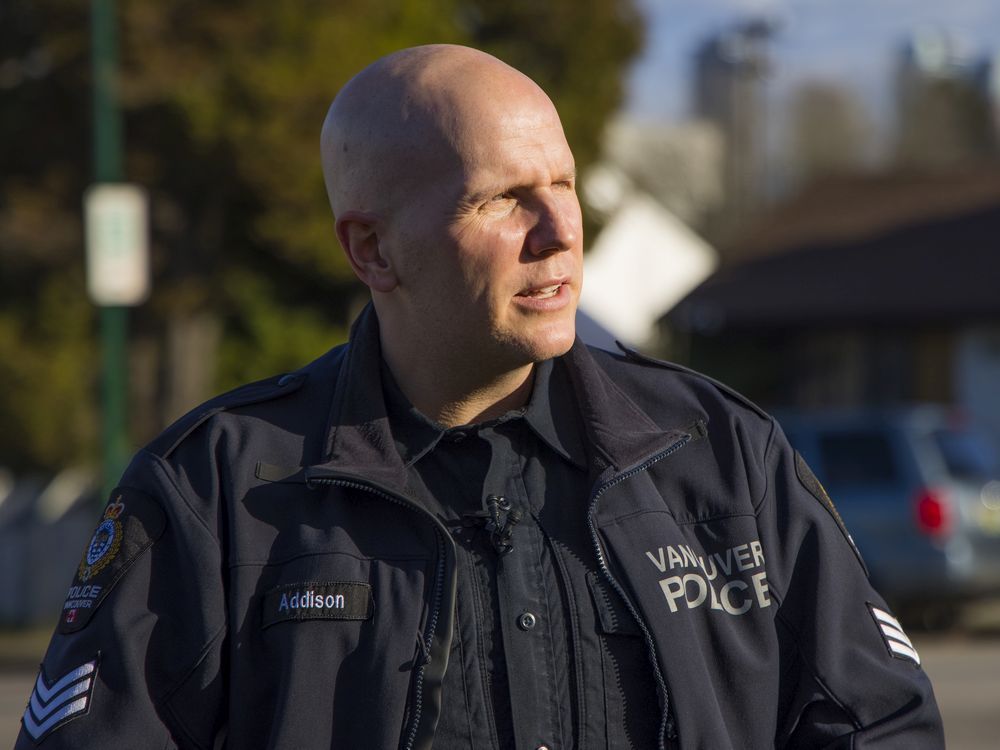 It was a brutal Father’s Day weekend on the streets of Vancouver with five violent stranger attacks involving a machete, knives, bear spray and a fake gun.

According to Vancouver Police Department spokesperson Sgt. Steve Addison, the first incident occurred at 3:30 a.m. on Saturday morning near Drake and Seymour streets.

Addison said a 27-year-old man was walking out of a lane when he was set upon by a group of six to eight people — believed to be teenagers — who were armed with knifes and bear spray.

The victim walked to hospital, where he was treated for non life-threatening injuries.

The next attack happened three hours later and began with an interaction on a bus that was travelling in the West End.

Addison said a 58-year-old woman on the bus noticed that she was being stared at by another woman, so she moved to a different seat on the bus. When she got off the bus at West Pender and Hornby streets, the other woman followed her and then slapped her face before walking away.

No arrests were made in either of these cases.

On Sunday, there were three more random attacks.

The first was at 6 a.m. near English Bay, when a man on a walk was confronted by a man with a pistol that was pointed at him. A bystander called police, who arrived shortly after and arrested a man in possession of an airsoft gun with two loaded magazines. Police said he man had been partying overnight at the beach.

The second attack was at 7 p.m. outside the Empress Hotel at Main and Hastings in the Downtown Eastside. Addison said two people who were loading luggage into a taxi were struck on the head and neck by a man wielding a machete.

“The victims told police they did not know the attacker, a heavy-set man in his 40s wearing a grey T-shirt, a blue raincoat and carrying an umbrella,” he said.

The suspect was last seen running south from the crime scene.

The final attack of the weekend involved a 23-year old Surrey man, who was leaving a concert at Rogers Arena on Sunday night at 11:30 p.m. when he was confronted by a group of strangers and stabbed in the abdomen.

The man was taken to hospital and is expected to recover, while no arrests have been made.

Addison attributed the start of summer and the lifting of COVID-19 restrictions for the uptick in violence.

All the weapons used in the weekend attacks can be purchased legally from surplus stores.

More news, fewer ads: Our in-depth journalism is possible thanks to the support of our subscribers. For just $3.50 per week, you can get unlimited, ad-lite access to The Vancouver Sun, The Province, National Post and 13 other Canadian news sites. Support us by subscribing today: The Vancouver Sun | The Province.

Sign up to receive daily headline news from the Vancouver Sun, a division of Postmedia Network Inc.

A welcome email is on its way. If you don’t see it, please check your junk folder.

The next issue of Vancouver Sun Headline News will soon be in your inbox.

We encountered an issue signing you up. Please try again