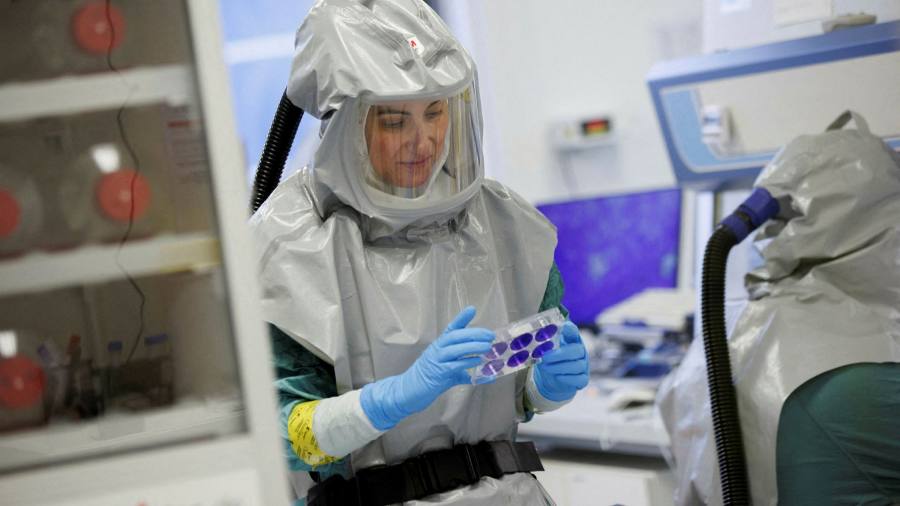 Pfizer has agreed to pay €90.5mn for an 8.1 per cent stake in Valneva, in a move that will bolster the French vaccine company’s Lyme disease programme.

The US pharmaceutical group on Monday said it would buy the stake at a price of €9.49 a share — a 20 per cent premium to Valneva’s closing price on Friday of €7.94 — via a reserved capital increase.

The transaction will be seen as a vote of confidence in Valneva, which has weathered turmoil with its Covid-19 vaccine candidate. Shares in the company jumped more than 20 per cent in morning trading in Paris. Pfizer shares were largely unchanged before the market open in New York.

Valneva said last week it had reached an undisclosed settlement with the UK government over a vaccine procurement contract worth up to €1.4bn that London cancelled last year.

The Financial Times had reported that the UK scrapped the deal because of the shot’s lower efficacy as a booster compared with rival vaccines. The contract had included public investment into manufacturing facilities in Scotland.

The EU last month also terminated its procurement contract for the shot amid slowing demand for Covid-19 vaccines. Valneva is in talks with Brussels and member states over the way forward, it has said, while the European Medicines Agency continues its review of the shot. The vaccine has received conditional approval from the UK drugs watchdog.

The proceeds from the transaction disclosed on Monday will go towards developing a Lyme disease joint programme, the terms of which were revised by the two drugmakers.

Valneva will fund 40 per cent of the remaining shared development costs, compared with 30 per cent previously. Pfizer will pay Valneva tiered royalties of up to 22 per cent, which will be complemented by up to $100mn in payments to Valneva if certain sales milestones are reached, the companies said in a statement.

There is currently no vaccine available for Lyme disease, a tick-borne infection that can prove seriously debilitating. A previously available shot was discontinued by the manufacturer after disappointing consumer demand. Pfizer and Valneva expect results of their late-stage, or Phase 3, trial this year.

“Pfizer’s investment in Valneva highlights the quality of the work that we’ve done together over the past two years and is a strong recognition of Valneva’s vaccine expertise,” Valneva chief executive Thomas Lingelbach said in a statement.